Knock the Wall Down 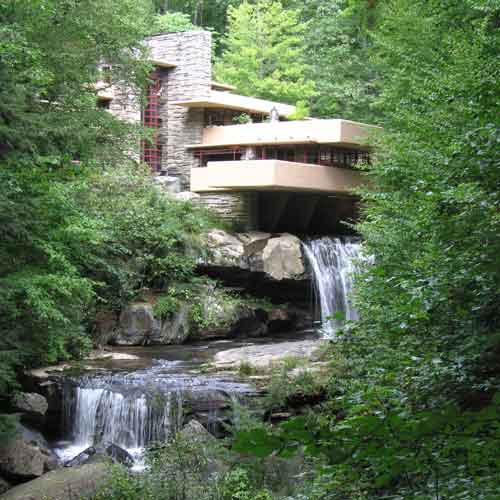 My high school architectural drafting teacher said repeatedly “it’s cheaper to fix it on paper than in concrete.”

How TRUE that is! Having accurate data, sound strategy, and good design is important when embarking on any big project. It’s certainly true of web design, content strategy, SEO…

If I had a dollar for every time I’ve barreled into a project without data, strategy, or system design…

(and no, I’m not advocating for using a waterfall process… planning is part of agile too!)

But there’s more to it than “look before you leap.”

Frank Lloyd Wright has been quoted saying things like this, taken from a memoir by one of his apprentices:

“He never tired of repeating, ‘The architect’s most effective tools are the eraser in the drafting room and the wrecking bar on the job.’ When Mr. Wright visited one of his construction sites and saw a wall that was the least bit crooked, he’d grab a wrecking bar and knock the wall down. He abhorred shoddy workmanship.” (Edgar Tafel, from Apprentice to Genius: Years with Frank Lloyd Wright, p. 64, 1979)

It’s easy to become too invested in your plan, your design, your vision, that when you set about building it, things change. Sometimes, when you see that wall, you realize it’s crooked, as FLW in the quote, or sometimes the wall isn’t right a more functional reason. Maybe it disrupts the flow of the space in an unforeseen way… this is why testing your system is important during buildout AND after launching a project (and if you say a project is “complete” I might pull my hair out!).

Follow the data. Listen to users. Keep yourself open to feedback. No one gets everything right in the planning stages every time. Resist the urge to overplan, but please do plan!

Experimentation, iteration, and adjustment (or even radical departure from the plan in a different direction) should be part of the expectations you have. A business plan is a living document. Your product roadmap cannot be set in stone. I think nowadays we’ve lost perspective. With satellites, AI, etc., we’ve mapped places even where no human has explored. But that reality doesn’t reflect the lived reality of human interaction.

Your business, your project, your customers are unmapped expanses. You are exploring new territory. Sure, you’ve climbed mountains before, but you haven’t climbed THIS mountain. You can prepare for the journey by researching ahead of time, bringing all the gear you think you might need, but you’re still climbing this mountain for the first time. You won’t anticipate everything. Be prepared to roll with the challenges along the way, adjust your plans, and alter your approach.

I’ve seen time and time again with projects over the years where skipping things in the planning stages leads to big problems in the implementation, but I’ve also seen plenty of problems crop up by not being flexible in the implementation and adjusting the plan as new data, feedback, and constraints crop up.

No HGTV show project goes to plan. And sure, they ham up the drama of it (and sometimes even make up drama), but sometimes, it’s also very real. C’est la vie!

Frank Lloyd Wright would have fit in so well on HGTV! He’d jump right in there with a sledgehammer and take out the wall (hope it wasn’t load-bearing!).

Flexibility is a much happier road than rigid expectation.